Rashan Gary ‘back at it’ and eager for rookie… 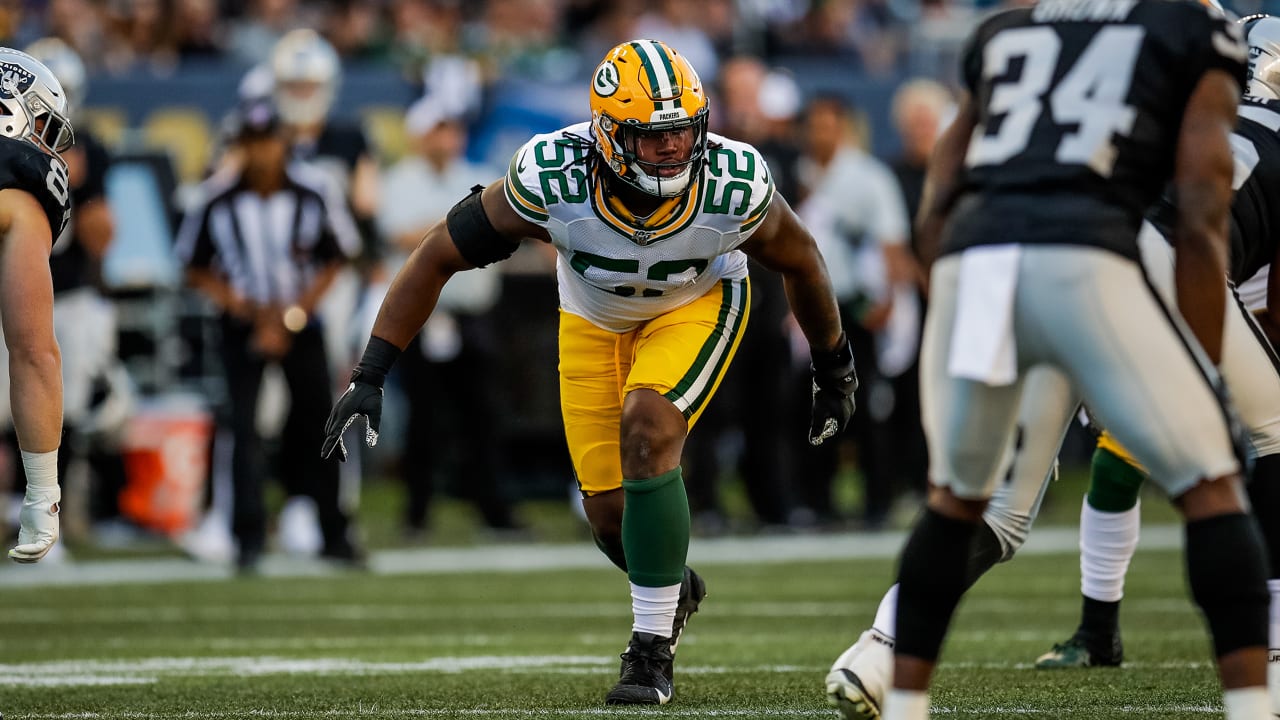 That could mean a return to his Michigan roots as an interior rusher in certain packages, duty fellow outside linebacker Za’Darius Smith likely will be called upon to execute as well. Gary’s comfort level with his anticipated role is high.

“Absolutely,” he said. “Everything they’ve been talking to me and been helping me go through, I’m making sure I’m taking notes and studying outside the building. I’m just excited, I know what I need to do, and I can’t wait to do it.

“It’s getting to the time where you start cutting your moves down, understanding what works for you, what type of player you are.”

After taking a wicked hit in the first joint practice with Houston back on Aug. 5, Sternberger entered the concussion protocol and returned to full duty on the practice field this week. Veterans Jimmy Graham and Marcedes Lewis, along with second-year pro Robert Tonyan, are at the top of the depth chart at tight end and Sternberger has tried to soak up as much as he can from them heading into his first game.

“Unfortunately I’ve had to watch the past three games, so (with) that built-up adrenaline, I’m excited because we all work hard,” he said. “Getting to watch Rob and everybody do their thing, it’s just making me more excited to get my opportunity and go out there. I’m looking forward to it.”

A former junior college player who starred for one season at Texas A&M last year, Sternberger has both a big step to take in the NFL and valuable position mates to emulate. Getting on the game field is where the two elements need to merge.

“I want to show them I’m capable of playing in this league,” he said. “That I can retain information. You hope not to make mistakes, but I can learn from them the next day and not make them twice. Just try to show some maturity in my game. I try to nitpick everything Marcedes, Jimmy and even Bobby are doing right now.”

Even with new CBA in place, Russell Okung’s...

NFL has no plans to alter tag deadline