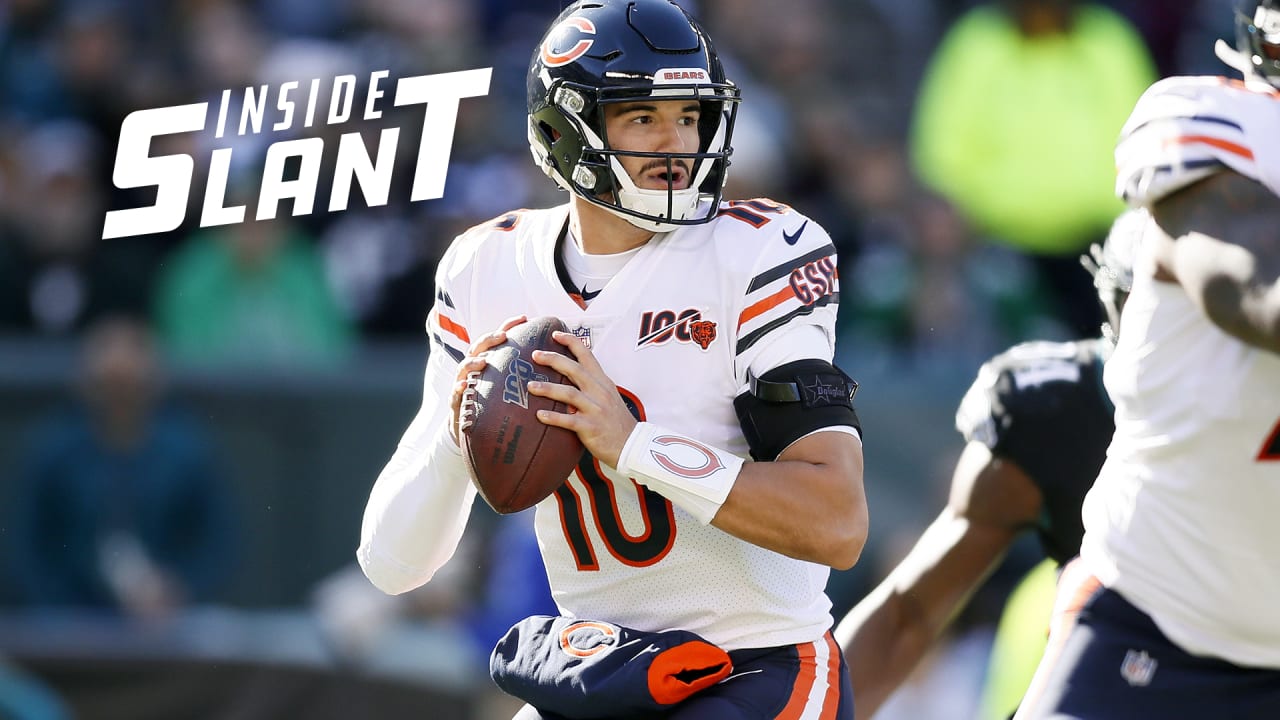 “You’re proud of the resilience,” said Trubisky, “but at the end of the day, it’s still not enough, and we know that because you feel like this afterward.”

Trubisky and coach Matt Nagy both cited the same cause for the Bears offensive woes: ineffective first downs, sometimes losing yards, that kept the team playing from behind, even when the score was relatively close.

The Eagles put pressure on Trubisky all game, daring him to beat them with his arm. Looking back on the day, Trubisky felt like he made too little of the opportunities when the pocket held long enough for him to get rid of the ball.

“For the times when I did have vision,” said Trubisky, “I feel like I could have maybe put it in a different spot than what I did. When you have a rush like that, you’ve just got to get the ball out quick, and you’ve got to be able to beat man coverage. I think we could all be better in different areas. I’m just going to look at myself to see where I could put the ball in different places on film and come back and try to improve.”

Earlier in the week, Nagy had Trubisky watch the televised film of the previous game to make the third-year quarterback cognisant of his body language. Amid a game in which little went right, Nagy felt Trubisky kept his emotions in check.

“I thought he controlled himself really well,” said Nagy. “I was proud of him for that. It’s not easy in those elements to do that, and when there is a bunch of three-and-outs, but he was great on the sideline. He was really good with our quarterback coach, and that part was good to see.”

Trubisky said that everything came down to the ability to win one-on-one matchups and that he needed to be more accurate. He believed that the slow start, with the Bears failing to get a first down on their first five possessions, came back to haunt them.

There were a few things to like in Sunday’s performance. In the second half, the Bears were able to utilize the play-action to offset the Eagles’ pass rush, leading to Trubisky’s 53-yard pass to receiver Taylor Gabriel, which led to the team’s first touchdown of the day.

“(Gabriel) made a big play,” said Trubisky. “It was the spark our offense needed. When you have a play like that, you start getting confidence. You get that belief that you can come back and are still in it.”

However, near-misses permeated the performance. On two separate occasions, Trubisky found an open Allen Robinson II, his top target this season, for big gains only to have both plays ruled incomplete: the first because Robinson couldn’t get feet down in bounds and the second broken up by Eagles cornerback Jalen Mills.

“You’re just looking for that one or two plays to kinda turn things around,” said Trubisky. “You kinda gotta feel where the guys are at. Maybe you go back to a simple play that our guys are really good at, the guys are confident with, just to kinda turn things around. You gotta have those conversations like that on the sideline and be real with each other and figure out where we’re at and how we could change things.”

With the Bears sitting at 3-5, Nagy has reiterated his faith that Trubisky will find his groove this season. While the quarterback may not match the numbers he put up in 2018, when he was Pro Bowl alternate, he still has eight games left in the season to grow.

For Trubisky, improvement will be a different feeling at the end of games.

Tags: he trubisky when