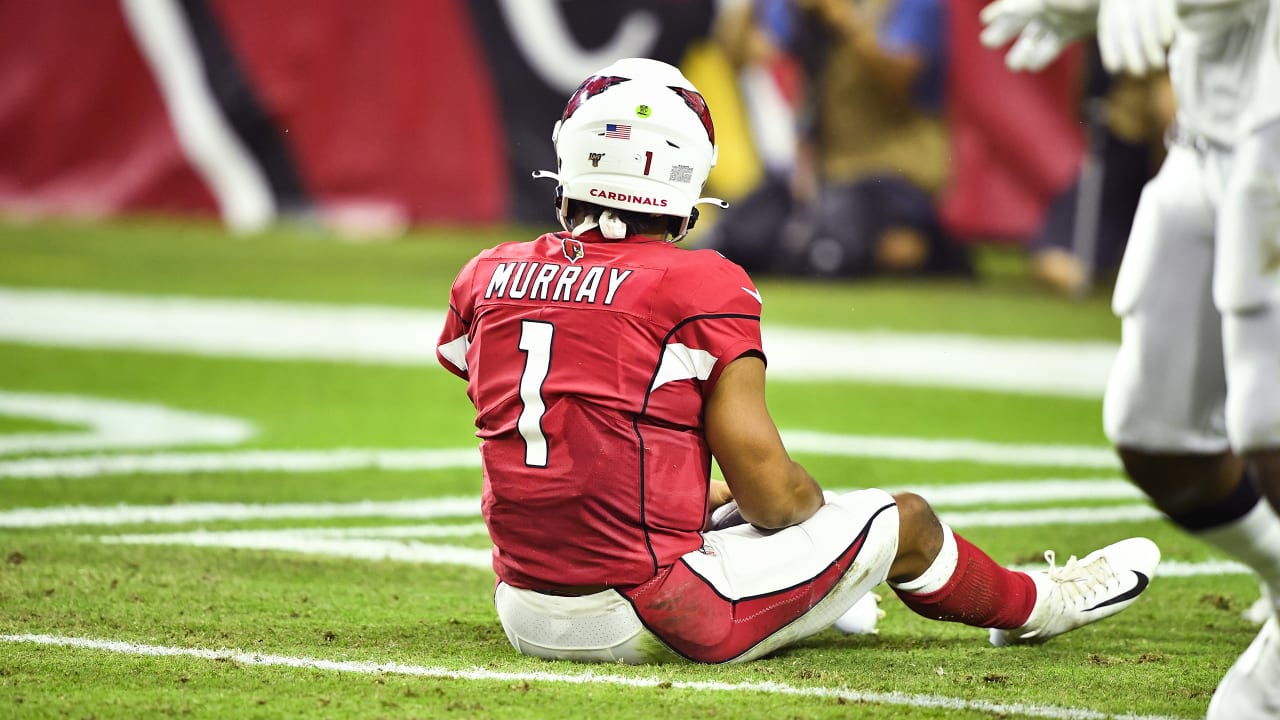 The Cardinals have used a clap to snap the ball throughout training camp, and the inability to fake would make it easy for opposing defenses to time up the snap when Murray moves.

Kingsbury said he is confident the Cardinals can learn how to feign a snap without drawing a penalty and continue to use the method.

“It’s the first time for certain officials to see it,” Kingsbury said. “We’ve been in contact with the league and have had great conversations on it. We’re going to work through that and make sure everybody is on the same page. We want to be on the same page with them, and make sure we’re doing things that they deem legal.”

The Cardinals must work that out, and there will be plenty of other teachable moments arising from the contest. On the Raiders’ first touchdown, wide receiver Ryan Grant found himself wide open on a simple out route due to a miscommunication between linebacker Jordan Hicks and cornerbacks Byron Murphy and Patrick Peterson.

The first-team offense gained an average of three yards per drive over their four possessions, looking nothing like the group from the preseason opener a week ago. In a microcosm of the night, its best play – a pretty back-shoulder completion form Murray to KeeSean Johnson – was called back for offensive pass interference.

The Cardinals were penalized 14 times for 108 yards in the contest.

“We did it to ourselves,” guard J.R. Sweezy said. “It’s a positive and a negative, because negatively you saw what we did tonight. Positively, we can fix it. It’s all on us.”

It is not apropos to say the Cardinals are going back to the drawing board, because Kingsbury did not sketch out a plan to win this game. But after a 3-13 campaign and a risky offseason, there was more angst than usual for a preseason contest.

Raider safety Lamarcus Joyner added some fuel to the fire on the ESPN broadcast during the game, calling the Cardinals offense “pretty boy football.” Joyner got the sack on Murray to punctuate Oakland’s night, but Kingsbury is confident his ideas will work in the NFL when the real games begin.

“(Joyner) is a really good player and I have a ton of respect for him,” Kingsbury said, “and I’m very confident in our offense.”