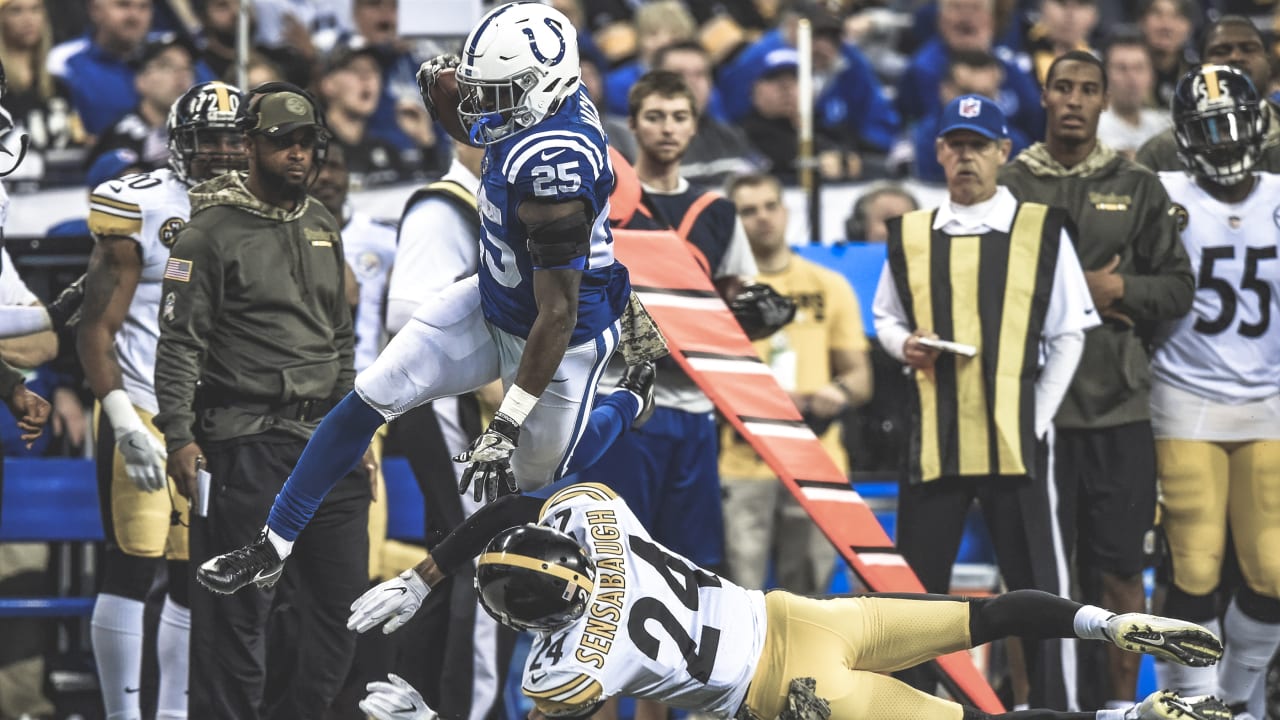 Given its track record over the last few games, the Colts’ defense is very playable against Pittsburgh this week. The only hangup is that it’s on the road, but the Colts have been very impressive defensively recently.

Although the Steelers offensively are first in sacks allowed (7) and second in turnover differential (+10), the Colts have three games with four sacks and two games with three. The Steelers also have at least one turnover in every game even though they have a great differential.

Pittsburgh starting interior offensive linemen Ramon Foster (concussion) and Maurkice Pouncey (calf) have missed practice time this week. The Steelers’ running backs are also very banged-up currently, as James Conner (shoulder), Jaylen Samuels (knee) and Benny Snell Jr. (knee) are all dealing with injuries, and Trey Edmunds is their only healthy back. The Colts have also done well against the run game recently. Since giving up 188 rushing yards to the Oakland Raiders in Week 4, the Colts are allowing just 83 yards per game in their three games since.