Is Derek Carr entering a ‘prove-it’ season with…

ALAMEDA, Calif. — As Derek Carr enters his second season under Jon Gruden, the quarterback should be the least of the Oakland Raiders‘ worries.

But what should Carr worry about?

The Raiders have surrounded him with new weapons — from gamebreaking receiver Antonio Brown and deep threat Tyrell Williams to rookie running back Josh Jacobs — and solidified the offensive line by getting the massive Trent Brown to protect Carr’s front side at right tackle and Richie Incognito to wreak havoc at left guard. They even upgraded the defense, as Clelin Ferrell and Maxx Crosby were drafted to improve things at edge rusher, Vontaze Burfict knows the defense intimately at middle linebacker and human heat-seeking missile Johnathan Abram brings intimidation at safety.

“I just hope I don’t screw it up,” Gruden said sheepishly.

In short, there are no excuses for Carr, who is facing what is setting up to be a prove-it season in Oakland.

Improve and excel, as many in the organization anticipate, and Carr moves with the team to Las Vegas and lives comfortably in the house next to Gruden (yes, the quarterback has already said he will be next-door neighbors with the coach).

But if Carr, 28, founders and the Raiders again have a top-five pick of their own doing (they also own the Chicago Bears‘ first-round selection from last year’s Khalil Mack trade), well, that will get tongues wagging.

You thought analysts had a field day last spring with Gruden scouting Kyler Murray and Dwayne Haskins? Imagine this scenario next spring, with the Raiders controlling the draft with their two first-rounders, perhaps looking for a fresh start in Las Vegas and getting to choose from a loaded quarterback class likely featuring Oregon’s Justin Herbert and Alabama’s Tua Tagovailoa. Carr, who signed that five-year, $125 million contract extension in 2017, has just a $2.8 million, injury-only guarantee in 2020. Moving on from Carr after this season would cost the Raiders just a $5 million dead-money hit if they cut him.

That’s a lot to digest. Almost as much as Carr had to swallow in his first year with Gruden’s complicated offensive system. Yet Carr improved in the second half of last season and said during training camp that he played the best football of his life in the final eight weeks.

Breaking down last season, it found that the biggest improvement Carr made in the second half was in taking care of the ball. He threw just two interceptions in his final eight games after getting picked eight times in his first eight.

In particular, Carr made better decisions downfield. Because while he threw five touchdowns and six interceptions on passes more than 10 yards down the field in the first half of the season, Carr had a 3-0 ratio on such throws in the second half.

Also, Carr’s air yards increased markedly in the second half, averaging 7.22 air yards per attempt after averaging 5.86 in the first half, which was the lowest such average of 34 qualified quarterbacks. 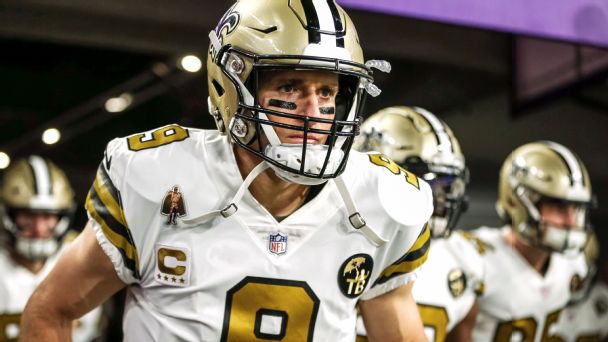 Still, Carr posted a significantly higher completion percentage (72.3, second-best in the NFL) through Week 9 last season than he did thereafter (65.3). And Carr averaged 7.79 yards per attempt in his first eight games and 6.83 in his final eight.

“I tried my best to be 100% ready,” Carr said early in camp, reflecting on last season. “And I feel like I had it down and had it mastered. But, you come back the second year and you’re like, ‘My goodness.’ I kid you not, our Day 1 install was like this (hands wide) and the rest of them were like this (hands wider). Last year it was the opposite, you know what I mean? We are running everything. We’re putting everything in.

“We’re running jet sweeps … throwing it down the field, quick gain, runs that way, check this, do that. We’re audibling with rookies in there, undrafted guys who will never get first-team reps in the preseason, Man, get in there and you have to be able to do it. Coach Gruden is all about that. So it’s a little bit different.”

Enter the enigmatic Brown. Sure, he missed most of camp dealing with frostbitten feet suffered in a cryotherapy mishap and helmet issues, but he and Carr put in significant work in the offseason, from Brown knocking on Carr’s door to the two beating up on poor, unsuspecting college defensive backs at Cal to OTAs and minicamp. They also put on shows working out before preseason games in Arizona and Winnipeg, Manitoba.

“It’s tremendously important to have a relationship off the field because playing football, you get mentally tired, you get frustrated,” Brown said in May, after initially connecting with Carr at the 2018 Pro Bowl. “You always want to have that respect for a guy, to know where he is coming from, know what he stands for and know what is important to him, so you guys can be on the same page and do what you desire to do. You desire to win.”

When right, Brown elevates the play of everyone around him. And he can improve one aspect of Carr’s game — per NFL Next Gen Stats data, Brown leads the NFL with 10 receiving touchdowns on tight-window throws (less than one yard of separation) over the past three seasons. Carr has thrown 14 tight-window interceptions in that span, tied for third-most in the league.

“Seeing his passion as a quarterback, I seen his detail and we had a moment of like, ‘Dang, that was pretty cool,'” Brown recalled of that Pro Bowl. “Me running a route, him being in sync with a throw, and to be in this position and look back on that day is just, you know, God’s plan.”

Maybe, but it will be up to Carr to play out Gruden’s playcalling script after seeing just six preseason snaps, the second-fewest of any starting quarterback who played in a preseason game (Mitchell Trubisky had three snaps for the Bears).

Carr is just 340 yards away from supplanting late Hall of Famer Ken Stabler as the Raiders’ all-time passing yards leader (19,079). Carr’s career record is 32-46, the 46 defeats the third-most for a starter in his first five seasons in NFL history, behind brother David Carr (53) and Blake Bortles (49); Stabler was 69-26-1 for Oakland.

It is a different game now, obviously. One that Carr, whose 2017 extension included $70.2 million in guaranteed money, knows all too well.

And one he must continue to improve at. That includes taking off and scrambling … on a surgically repaired right ankle from 2016 and three healed broken bones in his back from 2017, not to mention the fractured pinkie on his passing finger also suffered in 2016.

“I think Derek is a lot more athletic than people think,” Gruden said. “Hopefully, we can get some more scramble, second-reaction offense because Antonio is one of the great recovery, uncovering receivers in those situations.”

Added Carr: “In the second year of a system it’s easier to get through your progressions faster. Like, in my head, I can eliminate things versus certain coverages and I can then get out and extend it, whereas last year I’m trying to do it so perfect. And then we had too many sacks and things like that — they weren’t all on the offensive line, that’s my fault. I take credit for all of it.

“So scrambling is actually something we have worked on a lot … because I feel like I am athletic enough to do some damage that way. I haven’t done that well enough and I plan on doing that.”

While Carr was sacked 51 times last season (he took a combined 36 sacks in 2016 and 2017), he did have an interceptionless streak of 325 passes in the second half of 2018, which sets up quarterback and coach alike for this seeming prove-it season.

“There’s never been any restrictions with Derek,” Gruden said at the start of camp. “I thought Derek was unbelievable last year in some really tough situations. … We have a lot of change around him, hopefully for the better, but he has done a great job — not only with the system, he’s done a great job leading the group.

“He’s clearly established himself as not only an excellent quarterback, but a premier leader on this team.”

Then what’s all the worry about, right?