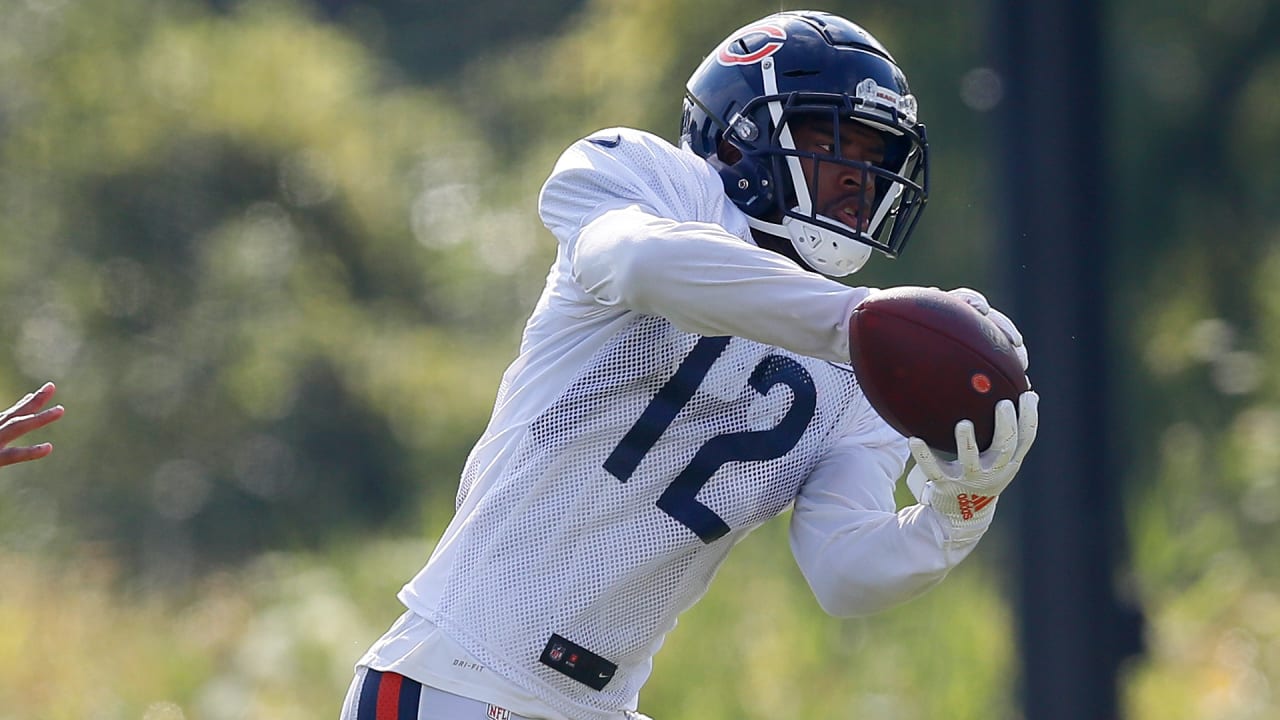 Robinson is entering what should be the prime of his career, and he’s doing his best to pay it forward.

Aside from veteran Taylor Gabriel, Robinson heads a young position group at receiver. Anthony Miller and Javon Wims are entering their second year. Rookie Riley Ridley has yet to play an NFL game.

It wasn’t all that long ago that Robinson was in the same situation.

“It’s crazy how fast that goes,” said Robinson. “I remember being in that position; it seems like yesterday — coming into the league, being a rookie, being a second-year player and stuff like that.”

Several factors have contributed to Robinson’s wise-beyond-his-years demeanor. He has a late birthday for his class and entered the draft early. He’s two-and-a-half years younger than Gabriel, who also joined the league in 2014.

From Tuesday to Saturday of this week, quarterback Mitchell Trubisky and Robinson will both be 25 years old, despite Robinson’s three more years of NFL service.

Beyond the oddities of age and calendars, Robinson was required to step up at each stop of his journey. As a true sophomore at Penn State, he became the Nittany Lions’ top target, setting and resetting records in his final two years of college.

By his second NFL season, he was the Jacksonville Jaguars’ leading receiver and a Pro Bowler.

Since signing with Bears, he’s been the steady hand and veteran presence.

“For me, it is a lead-by-example,” said Robinson. “At the end of the day, I want to be the best receiver in this league. That’s never not been my goal. So each and every day I come out there and try to put in the work to do that.”

While Robinson can lead by example, he also has acquired years of wisdom on the specifics of the craft. As a draft prospect, Robinson was knocked for lack of speed and swinging his arms when carrying the ball. He’s been able to find separation as a pro and only fumbled twice in his first five seasons. He has knowledge to pass on.

“I just try to give them as much advice or insight on different things as I can,” said Robinson, “whether it be route-running, preparation, whether it be in film — just certain things to look at pre-snap. I think for me, throughout the course of the past couple of years, I’ve really been able to get an advantage looking at stuff pre-snap.”

Robinson’s most important relationship, however, is not with another receiver but with Trubisky. Last season, as Trubisky blossomed into a Pro Bowl performer and a trendy MVP pick for the 2019 season, Robinson found a growing rapport with the quarterback. The two have found a process that could promise big returns.

“Constantly being in communication,” said Robinson. “What can be better? Even off a completion, we may get a completion that ends up being a catch-and-tackle but really could have been a catch-and-run.”

As Robinson sees it, the receiving corps needs to step up for this team to reach its potential.

“I think for us as far as a receiver’s standpoint is concerned,” said Robinson, “when our number is called, we’ve got to make plays. As we continue to do that, I think our offense, just in general, will be exactly where we want to be at.”