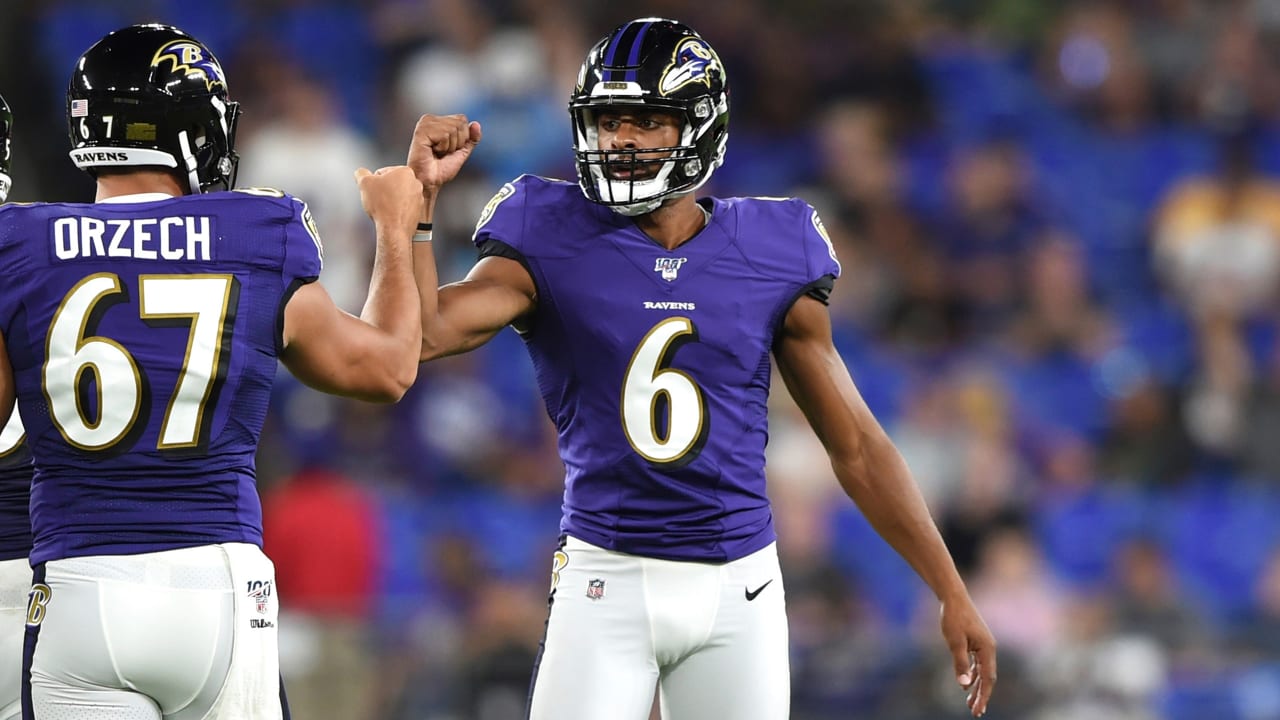 EAGAN, Minn. — The Vikings on Sunday confirmed the team traded to acquire punter/kicker Kaare Vedvik from the Baltimore Ravens.

Vedvik is in his second NFL preseason after joining Baltimore as an undrafted rookie free agent in May 2018.

Here are five things to know about the 25-year-old Vedvik:

Vedvik was born in Stavanger, Norway, a city of 130,000 in the southwestern part of the country.

He came to the United States as an exchange student for his junior year of high school, hoping to play wide receiver, but coaches at McPherson High School convinced him to try place-kicking because of his soccer background.

Vedvik ventured from the town of 13,000 that is northwest of Wichita to attend multiple kicking camps and drew attention from colleges before returning to Norway for his senior year.

Vedvik’s hometown is about 7 ½ hours southwest of Fetsund, Norway, the hometown of Hall of Famer Jan Stenerud, who capped his career in Minnesota (1984-85).

Vedvik showed power immediately at Marshall for the Thundering Herd and became more consistent at controlling his leg strength.

Marshall red-shirted Vedvik in 2013. He recorded 45 touchbacks on 98 kickoffs and averaged 61.9 yards per kickoff in 2014, but he undesirably led the nation with eight kickoffs that went out of bounds. Vedvik uncorked a 77-yard kickoff after a penalty in a game at Old Dominion.

In 2015, Marshall’s coaches began working with Vedvik on his punting, and he did not play in a game during his redshirt sophomore season.

In 2016, Vedvik punted 70 times for 2,800 yards, for an average of 40.0 yards per punt that was strengthened by a 72-yard effort against Southern Miss and nine punts that covered at least 50 yards.