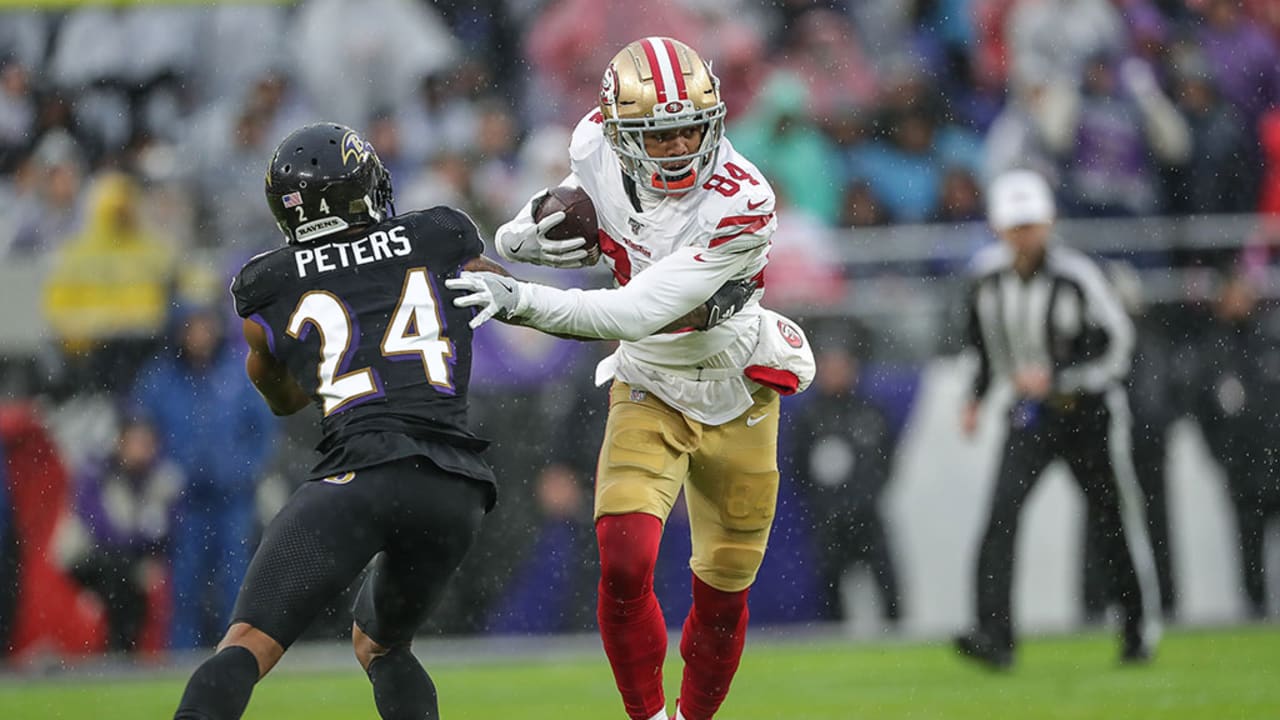 “Jimmy Garoppolo isn’t really under fire, but all eyes will be on him as the 49ers play in bigger and more meaningful games down the stretch. Garoppolo has been good for the most part this season, save for occasional trouble protecting the ball. He hasn’t been asked to carry the freight much for a team with a strong run game and stout defense, but he has delivered productive outings more often than not. The stage is about to get a bit bigger and the lights a bit brighter, but Garoppolo will be the Niner who garners the most attention as the postseason inches closer.”

“The 49ers did just fine in Baltimore. The 49ers had more yards and yards per play than the Ravens, the hottest team in the NFL, and lost a road game on a clutch 49-yard field goal. It was a great win for the Ravens and not a bad loss for the 49ers at all. It’s not like anyone was questioning how good the 49ers were, but Sunday was another reminder that they’re one of the NFL’s best, even in a loss.”

“The 49ers showed they were up to the challenge in a showdown with the red-hot Ravens, but their inability to make the big play in the second half — not to mention, the impossibly accurate leg of Baltimore kicker Justin Tucker — haunted the visiting team in a 20-17 loss. The defeat, coupled with a Seahawks win on Monday night over the Vikings, drops San Francisco from No. 1 all the way to No. 5 in the NFC playoff picture. Yep, the top of this conference is as loaded as we’ve seen in recent memory. The Niners play their third straight opponent with an .800-plus winning percentage on Sunday, when they travel to the Mercedes-Benz Superdome to meet the NFC South champion Saints. It’s a historically difficult stretch of games that will ensure Kyle Shanahan’s team is playoff-tested before the real playoffs begin.”

“Double gut punch weekend for the 49ers, with a three-point loss to the No. 1 Ravens on Sunday, and then a tumble down the NFC playoff standings, all the way to No. 5, when the Seahawks beat the Vikings on Monday night. There is still time for the 49ers to get back into first place in the NFC West (huge game at New Orleans, currently in the No. 1 seed, this week) but it’s got to be frustrating for the Niners to see their status change to dramatically in one weekend. Let’s not forget that the 49ers two losses have come by a combined six points, both on walk-off field goals.”

“They showed well on defense against the Ravens, but they needed more on offense. They are suddenly in second place in the division.”