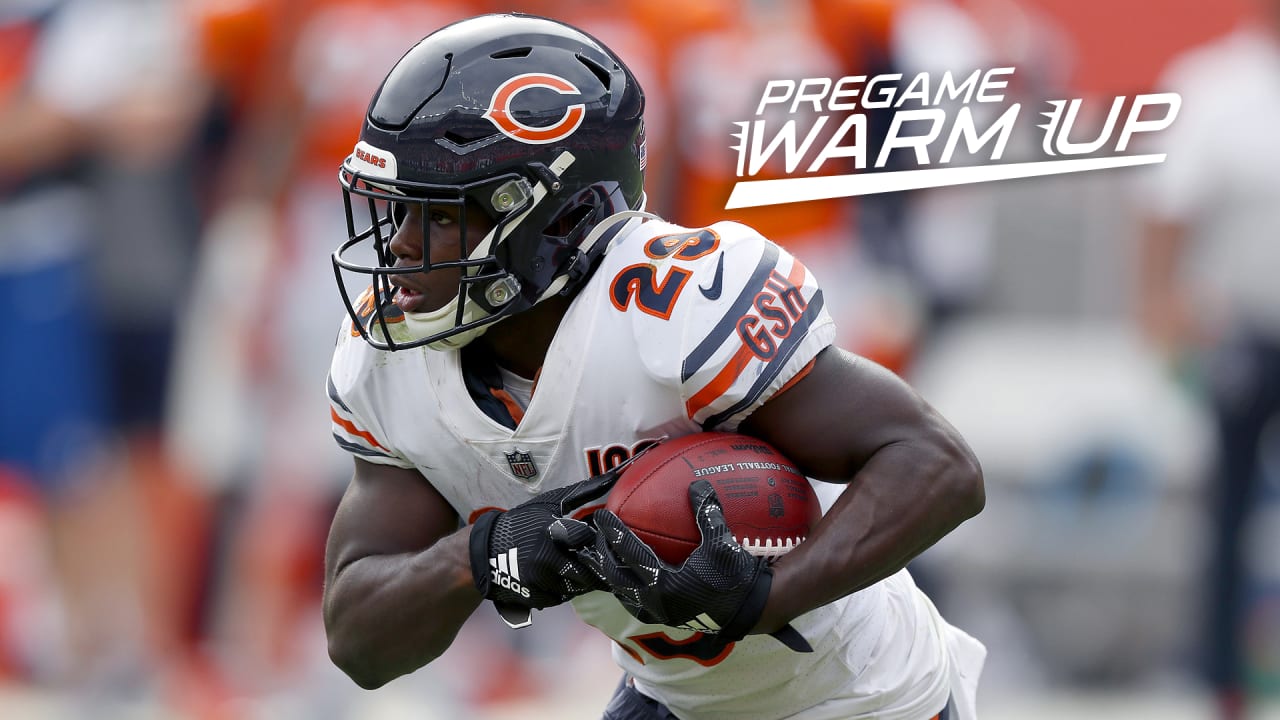 (2) The Bears defense has played at a high level, but will this be the week that the unit starts to generate takeaways like it did last year?

The defense has been just as stingy as it was a year ago, yielding only one touchdown in each of the first two games. But it’s missing one key element that contributed to its dominance in 2018. After leading the NFL with 36 takeaways and 27 interceptions last year, the Bears have produced only one turnover in their first two contests.

“It’s something we practice every single day,” said defensive coordinator Chuck Pagano. “Our coaches do a great job individually. We have circuits. We show video. We’ve shown tons of video this week.”

Pagano is confident that the takeaways will come, but the veteran coach doesn’t want his players to press.

“If you press, a batter is slumping and can’t put the bat on the ball and you press and the harder you swing, the worse it gets,” Pagano said. “So you just keep doing your job. Tight coverage mixed with rush. Pressure. Punching the ball out. All that stuff.”

The Bears’ lone takeaway in 2019 came in the fourth quarter of their win over the Broncos when Kyle Fuller intercepted a Joe Flacco pass.

On Monday night, the Bears will face a Redskins offense that has not committed a turnover in its first two games. Quarterback Case Keenum has completed 69.1 percent of his passes for 601 yards with five touchdowns and a 111.2 passer rating.

The Bears defense has played well, registering seven sacks in two games. But it still has room for improvement; the unit forced just one three-and-out against the Broncos, allowing Denver to cross the 50 into Chicago territory on eight of nine possessions.

(3) Will Pineiro be able to play, and if he does, how much will his knee injury affect his performance?

The reigning NFC special teams player of the week is questionable for Monday night’s game in Washington with a knee injury that he sustained in the weight room Friday.

On Saturday, Nagy expressed optimism that Pineiro would be able to play against the Redskins. Asked if there was anything that worried him about the kicker’s availability, the Bears coach said: “I don’t think so. But I think what we’ve got to do as these days go, let’s just see where he’s at.

“I’m going to be on the cautious side with him and we’ll just kind of feel out the pain part and if it’s something that is going to affect him, then we’ll have a decision to make. Hopefully he’ll be OK.”

Pineiro has made all four of his field-goal attempts in the Bears’ first two games. He connected on all three of his tries in Denver, including a 53-yarder as time expired to give the Bears a thrilling 16-14 win.

If Pineiro is unable to kick, Nagy mentioned punter Pat O’Donnell as a possible replacement. The Bears have until 3 p.m. Monday to sign another kicker. Pineiro won the job after a highly-publicized search to find a replacement for Cody Parkey. After that exhaustive process, the Bears are familiar with several kickers who remain unsigned.

“There are a lot of different scenarios that could happen, but I’m not going down that route,” Nagy said Saturday. “I feel good that things will be OK. But If they’re not, then we just have to have a contingency plan when that time comes, and if that’s something where we’ve got to do something different, then we’ll do that.”

(4) Will the Bears continue to lean on their running game like they did against the Broncos?

The Bears were significantly more balanced on offense in Denver than they had been in a Week 1 loss to the Packers. They rushed for 153 yards and one TD on 29 carries, while Trubisky completed 16 of 27 passes for 120 yards. Against the Packers, the Bears had 45 pass attempts and 15 runs.

Montgomery, a rookie third-round draft pick, paced the ground attack versus the Broncos with 62 yards and one touchdown on 18 carries.

“I think people saw what we saw at times of just his desire, his physicality,” said offensive coordinator Mark Helfrich. “He’s a guy that just did almost everything right in terms of aiming points and all those things. [But] there’s still stuff you could clean up. He’s a great guy to coach in terms of, ‘This is what we’d like,’ and he fixes it.”

The Redskins run defense entered Week 3 ranked 31st in the NFL, allowing an average of 168 yards per game. Last Sunday in a 31-21 loss to the Cowboys, Washington permitted 213 yards rushing on 34 attempts.

Tags: bears but will