17 Observations from 49ers Joint Practice with… 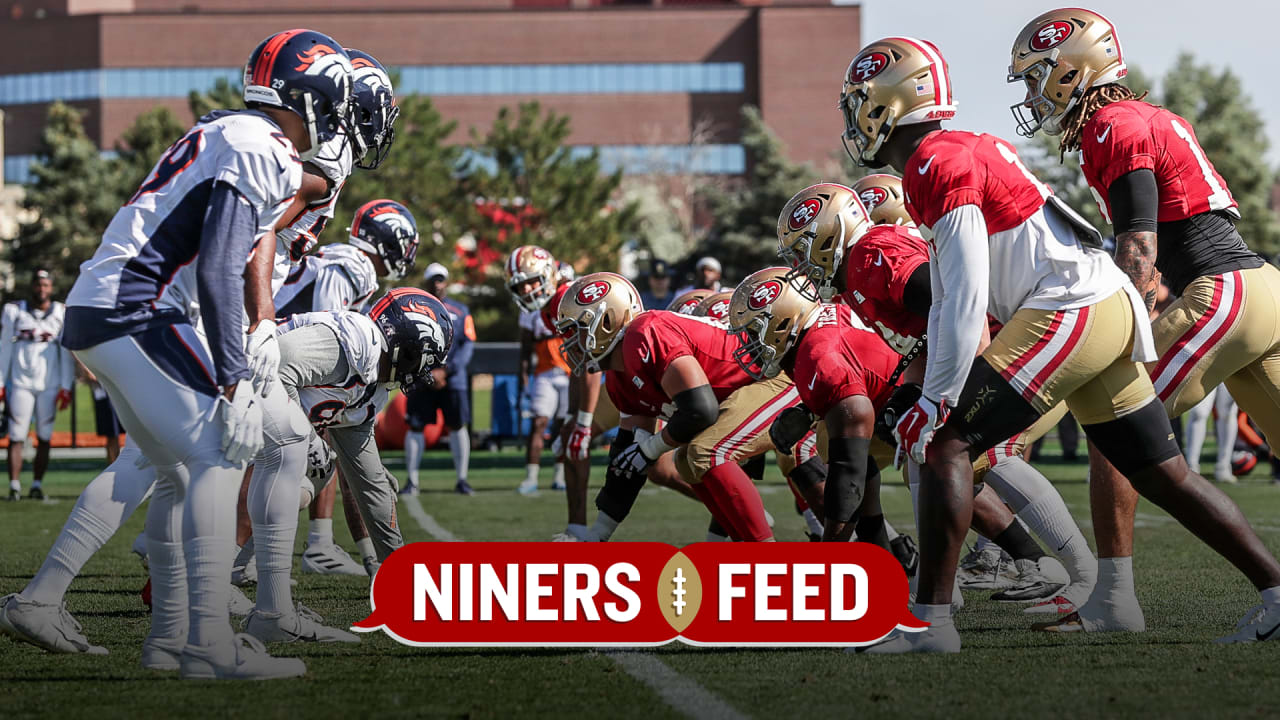 Here are the top offensive observations:

10. Breida and Tevin Coleman both hit the open field for “would-be” rushing touchdowns.

11. During full team drills, Nick Mullens connected with Deebo Samuel on a crossing route for a big gain. Samuel also had a 15-yard pickup on a jet sweep.

12. A few plays later, C.J. Beathard evaded pressure and found Dante Pettis over the middle for a modest pickup.

13. Marquise Goodwin had a solid showing on Saturday, hauling in multiple receptions, including a 25-yarder from Jimmy Garoppolo up the left sideline during team drills.

14. Richie James Jr. also had a standout session. The second-year receiver came down with several receptions including back-to-back contested catches during a “move-the-ball” period.

15. Practice ended in a first-team “2-minute drill.” Garoppolo connected with Matthews on a tough catch for 12-yard pickup to set Robbie Gould up for a walk-off field goal. Denver’s sideline jokingly heckled Gould, and Broncos head coach Vic Fangio called a timeout in hopes to ice the kicker. Gould connected on the 55-yard field goal as time expired and playfully stared down the Broncos sideline to end the joint sessions (It was all in good fun).

17. Mike Person is day-to-day with a foot strain. Also, Antone Exum Jr. did not participate in Saturday’s session with a knee injury. He is also day-to-day.