11 Takeaways from 49ers Preseason Finale Against… 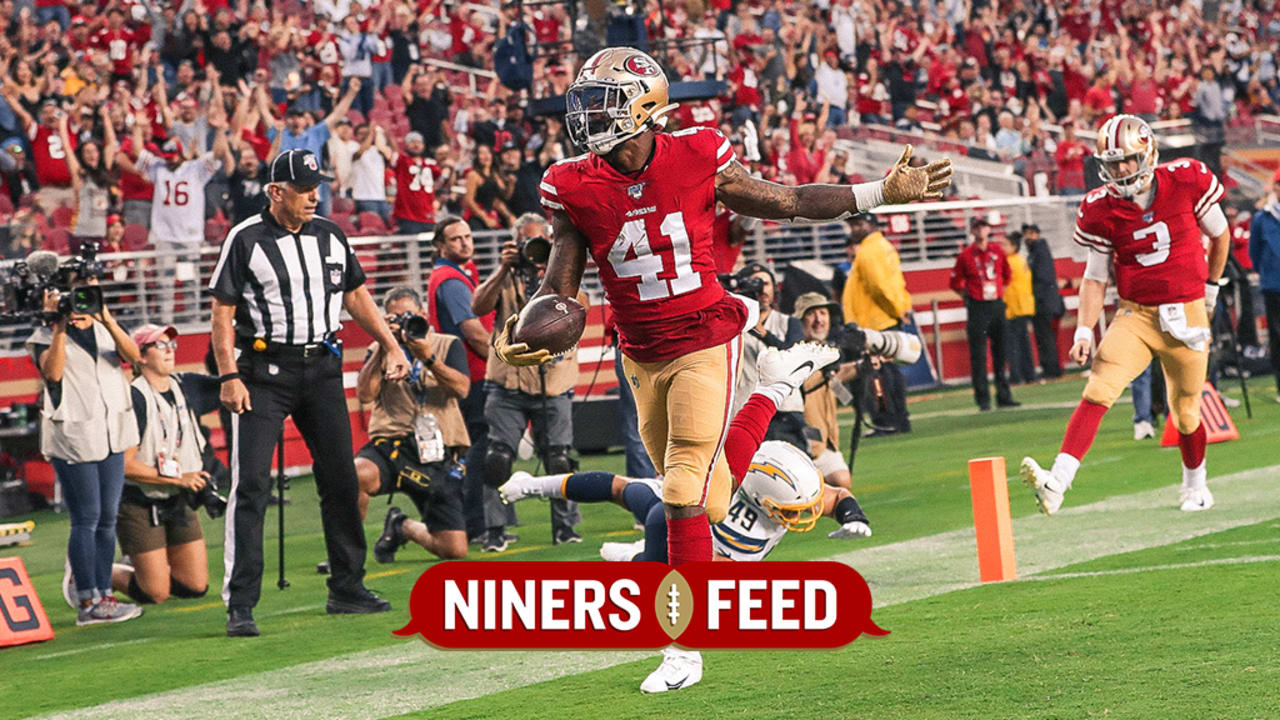 4. Jeff Wilson Jr. continues to complicate (or simplify) the 49ers decisions at running back. During the first quarter on 1st-and-20, Wilson Jr. took a handoff from Beathard and reversed the field for a 41-yard touchdown run. Beathard made an impressive lead block to open the lane for the running back’s score.

“(Beathard’s block) was awesome,” Shanahan said. “It was good. It was cool, got to reverse the field and he turned into a fullback on the play and he did a good job.”

Wilson Jr. played three quarters into the game and finished the night with a whopping 100 yards on the ground on 20 carries and the aforementioned touchdown to go along with a reception for eight additional yards. With Jerick McKinnon’s (knee) status unknown as the 49ers prepare for upcoming roster cuts, Wilson Jr. makes a compelling plea for his spot on San Francisco’s 53.

5. D.J. Reed Jr. set up the 49ers first drive with a 56-yard kickoff return. Reed Jr. looks to have solidified his spot on the 49ers roster through his special teams performance.

“D.J. Reed, he fights,” Shanahan said. “He can play at a number of different spots. He helped us out at safety last year, we moved him to corner this year. We know he’s got to capability to play all five of those spots back there and that’s why I tried to get them to punt again and decline that, because he’s got a chance to return a punt all times, too. …But D.J.’s a heck of a football player, and we’re glad to have him.”

6. Kendrick Bourne night began with a big drop on a pass from Beathard. He turned it around with a diving touchdown grab in the second quarter, his lone catch of the game. During the score, Beathard rolled left out of the pocket and found Bourne in the near left corner of the end zone. Bourne is competing with Richie James Jr. and Jordan Matthews for potentially the 49ers final one or two spots at receiver.

“Drops from Bourne haven’t been too much of a problem,” Shanahan said. “I do consider Bourne having some of the better hands on our team. That’s definitely one that he should have had. He’s earned a little bit more with that in terms of how good his hands are.”